This is likely to be the last post of 2015, TB Joshua Watch will soon be taking a break until at least the new year. This may mean some comments get stuck in moderation during this time, please bear with us. This post is a brief news roundup of recent developments.

We revealed a while back that the wisemen at SCOAN were no more. Several people misunderstood what we were saying and accused us of lying because some of the “wisemen” were still around. The point we were making was that the office of wiseman is gone, not necessarily that the people had left SCOAN. Further acknowledgement of this can be seen today from SCOAN when Racine was introduced as “Evangelist Racine” rather than “Wiseman Racine”. Those who know their SCOAN titles understand this is a significant demotion. SCOAN once claimed that the wisemen were five four men who had received Divine anointing, used by God to prophesy, heal and deliver people. What happened to that “anointing”?

There has been yet another delay on the court case, this time seemingly the fault of the Lagos state government’s counsel, who said they had not finished serving all defendants (source). Remember the families in prayer who are now facing a second Christmas without their loved ones.

US cult – The Gathering

If you follow us on Facebook, you’ll have seen this article already. Christianity Today recently published an excellent expose of a cult known as the Gathering, founded by “How Great is our God” co-writer Ed Cash. There are so many parallels with SCOAN, including the sexual abuse allegations against the group’s leader Wayne Jolley. A few quotes are below, but we encourage you to read the whole article to education yourself on the dangers of spiritual abuse.

“Jolley’s followers, who call him “Pop” (his wife, Linda, is “Mom”), are taught that only the prophet can really discern the will of God. Without a prophet’s help, they will be lost. The best way to get close to God, he tells them, is to get close to Mom and Pop.”

Likewise, everything that goes wrong in life is demonic, and can only be resolved by the help of a “man of God” – so you’d better stay on his good side!

““They are being controlled by a demon and all the while, singing, ‘O how I love Jesus,’” said Jolley in the sermon.

The only way to fight Jezebel is with the help of a man of God or prophet, who follows in Elijah’s footsteps, said Jolley. Such a person acts as a spiritual father to other Christians, discerning God’s will for their lives and telling them to be free of Jezebel”

And just like SCOAN’s recorded confessions, Jolley will think nothing to blackmailing people who speak out.

“One of the first questions that Jolley asks newcomers, Frank said, is “What is the worst thing you’ve ever done in your life?” He then uses their secrets as a kind of spiritual blackmail.”

Finally – of course the other side of these stories is the broken families who have been cut off from sons/daughters/parents etc.

“For the past eight years, the Gills have prayed that their children would leave Jolley. Every Christmas, Patricia decorates the house, in hopes that her daughters will come home.
“Maybe they’ll be home this year,” she said.”
“The Gills say they aren’t angry with their daughters. They believe their daughters want to honor God but have been deceived by Jolley. They hope that soon he will be exposed as a fraud.”

As Christmas approaches, there are many families that have been split up by TB Joshua who approach the season with a sense of grief, unable to fully experience the joy of the celebration not being with their loved ones or knowing how they are. Let’s pray that 2016 will bring an end to both these cults and a reuniting of broken families through the grace of the saviour we’re celebrating now.

Merry Christmas and a Happy New year to all our readers. Regardless of whether you are here to “correct us” or to receive support and encouragement from others who have been hurt by SCOAN – we pray for God’s blessing on you for 2016. 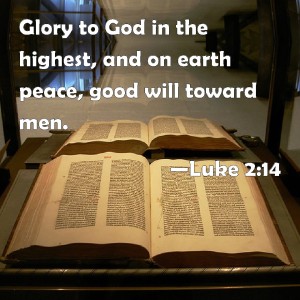